After our discussion on sample rates between the DS4 and Xbox I decided to order an xbox one controller as the 360 I have is garbage. Like the controller as it almost feels like the golf games were better calibrated for the xbox. Still don't care much for the layout, suppose I would get use to it.

Also miss my custom mappings when using the Xone controller. Is there a way to use mapping overrides with a native 360 or does it require an output driver to do that? I had installed the xinput plugin. I can get the Steam overlay and Win key marcos to work but that is about it. Block device and state modifiers don't work either.

So if it's not possible now will this be something that will be doable in the future? But please finish what your doing first, LOL. 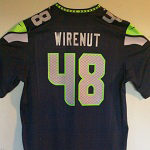 It does require an output driver, but there is a XnaGuardian project floating around out there somewhere by the vary same Banjamin aka nefarious that does the same thing the HIDGuardian project does which should make IM behave almost like native mappings. 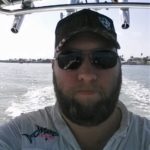 OK thanks. Jury is still out on whether this will become my goto controller or not. More suited for the one game that I don't use custom mappings for anyway, the other game I have remapped to match, plus a few other mapping tweaks.

If it weren't for the trackpad on the DS4, id probibly use my XBone controllers for my couch PC

Found a working solution. Using the Xbox accessory app for remapping (the elite controller could also do stick adjustments) and IM for keyboard macros. Always have Steam controller support but not sure how well that would mesh with IM, but don't need stick adjustments so not gaining anything with it. But who knows I like tinkering with things so may end up giving it a try. Except for that I have everything covered that I did with the DS4 profiles.

This post was modified 12 months ago 2 times by wirenut48