Forums
General
General Chit-Chat
How do you understa...

How do you understand your procrastination?

Before I was a professional writer, I was a peer writing tutor. And before I was allowed to tutor my fellow undergraduate students in the University Writing Center, I had to complete a semester-long training seminar.

“Right now I want you to write about your writing process,” my professor said. “What are your habits, quirks, tips, tools? Describe how you write from start to finish. What’s the first thing you do? The second? The third?”

At the moment, none of us Writing Fellows (that was our collective academic name) could quite figure her out. So before picking up our pens, we gave her a quizzical look. She rolled her eyes at us and asked, “How can you help someone else write if you don’t know how you do it?”

Give yourself the gift of better communication through Shagle talk to strangers video chat rooms, where safety, freedom of speech and choice, and love are always one. 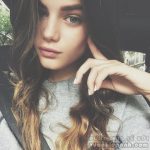 For most people procrastination, irrespective of what they say, is NOT about being lazy. In fact, when we procrastinate we often work intensely for long stretches just before our deadlines. Working long and hard is the opposite of lazy, so that can't be the reason we do it. So, why do we procrastinate and, more importantly, what can we do about it?

As suggested above, some say they procrastinate because they are lazy. Others claim they "do better" when they procrastinate and "work best" under pressure. I encourage you to be critical and reflective of these explanations. Virtually everyone who says this habitually procrastinates and has not completed an important academic task in which they made a plan, implemented it, had time to review, etc. before their deadline. So, in reality, they can't make a comparison about the circumstances they work best under. If you pretty much always procrastinate, and never really approach your tasks systematically, then you can't accurately say that you know you "do better" under pressure. Still other people say they like the "rush" of leaving things to the end and meeting a deadline. But they usually say this when they are NOT working under that deadline. They say this works before or after cramming when they have forgotten the negative consequences of procrastinating such as feelings of anxiety and stress, fatigue, and disappointment from falling below their own standards and having to put their life on hold for chunks of time. Not to mention, leaving things to the end dramatically increases the chances something will go wrong - like getting sick or a computer problem - and you not being able to pull off the desired grade. So, procrastination can be hard on us and actually increase our chances of failing, but we do it anyway. How come?

Procrastination is not a matter, solely, of having poor time management skills, either, but rather can be traced to underlying and more complex psychological reasons. These dynamics are often made worse by schools where students are constantly being evaluated, and especially in college where the pressure for grades is high and a lot can be riding on students' performance. In reality, procrastination is often a self-protection strategy for students. For example, if you procrastinate, then you always have the excuse of "not having enough" time in the event that you fail, so your sense of your ability is never threatened. When there is so much pressure on getting a good grade on, say, a paper, it's no wonder that students want to avoid it and so put off their work. For the most part, our reasons for delaying and avoiding are rooted in fear and anxiety-about doing poorly, of doing too well, of losing control, of looking stupid, of having one's sense of self or self-concept challenged. We avoid doing work to avoid our abilities being judged. And, if we happened to succeed, we feel that much "smarter." 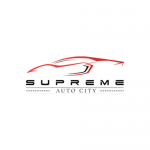